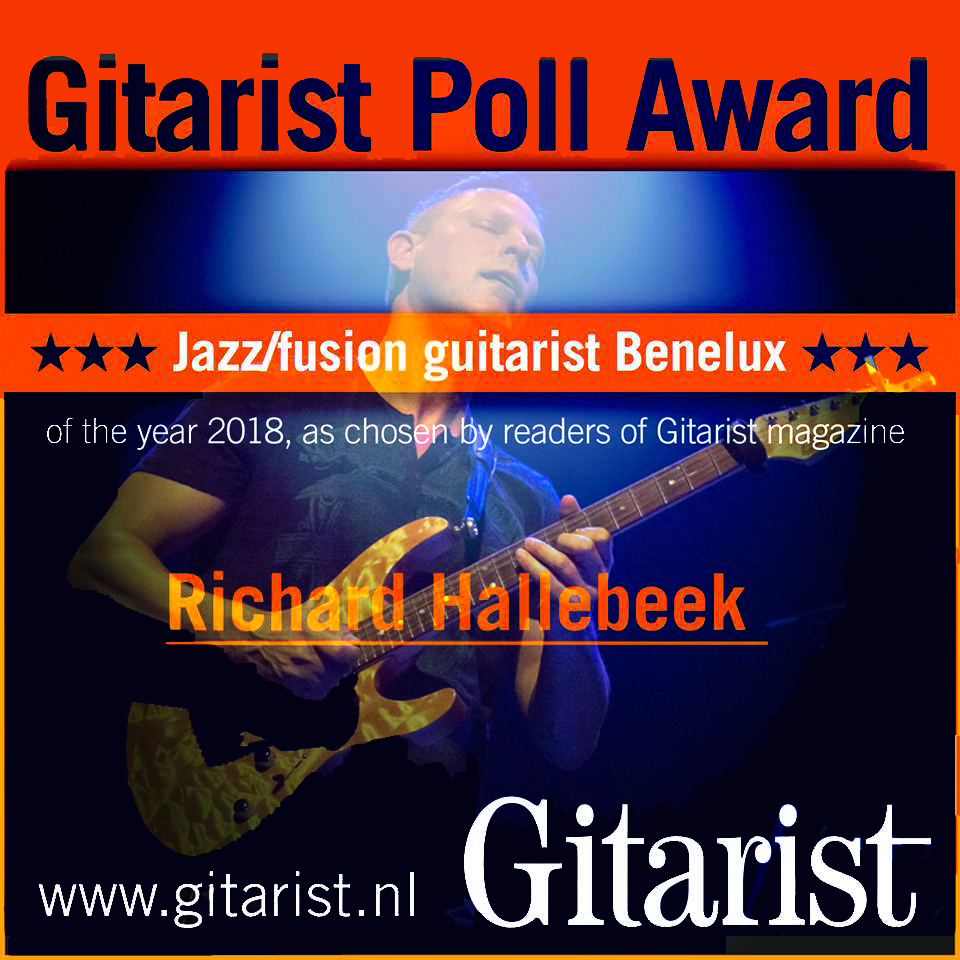 THANK YOU readers of Gitarist Magazine voting me #1 jazz/fusion guitarist – for the 2nd year in a row!

And then, the first price winner: Richard Hallebeek. The guitarist who has been playing together with musicians such as Scott Henderson, Frank Gambale, Scott Kinsey, Dan Gilbert and Carl Verheyen, and has been playing for over 35 years, is the best best Jazz / Fusion guitarist in the Benelux, according to the voting results.

Guitarist Magazine spoke to the lucky winner:
“That is so cool!”, Says a pleasantly surprised Hallebeek, who’s gained a lot of succes, not only with his own music, but also with his interactive lessons for the American TrueFire. “My fourth instruction DVD is scheduled for 2019. This time it’s about playing through changes. In addition, for Fractal Audio, that I have an endorsement with, I will release a sound package that I have made in collaboration with Thibault de Robillard, aka Fremen, who writes a lot of great presets. ”

There is also a lot of new music coming up: “There is a new CD coming up from my rock trio ‘Bumerang’, with the Italian bassist Lorenzo Feliciatiand drummer Niels Voskuil, and I’m going to mix a live CD from my recent theater concert in Alphen. That will be released on my own label Richie Rich Music. In addition, the new CD ‘Hels!’ By Jeroen van Helsdingen has just been released. In support of this cd we will play live and record the successor this year. As always, I’m always writing new music, also for a new solo cd. ”

For guitarists who want to win a future poll, Hallebeek has a simple tip: “Do your own thing! Nobody can make your own music as well as you do. It’s certainly not the easiest route, but the most rewarding in the long run. ”